A New Decade of Brilliant Performers 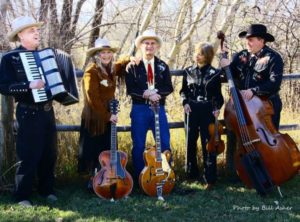 The Festival begins on June 27th with Open Range.

Open Range members, Ric Steinke & Linda Hausler, weave a musical blend of tight vocal harmonies & outstanding acoustic instrumentation to deliver what’s been called “Music that captures the Spirit of the West.” From the old western standards, to swing tunes of the 40’s, to western music being written today — including their own original compositions —  Ric & Linda get their musical inspiration from the wide open spaces of Montana where they live in the Shields River Valley near Livingston, Montana.

In their performance at St. Timothy’s Summer Music Festival, Ric and Linda bring members of their extended band, Lucky Pockets & the Melody Rockets to round out the performance.

Learn more about Open Range and their band here. 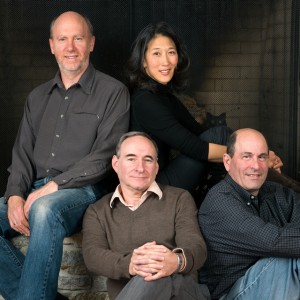 Music Festival veterans, The Montana Chamber Music Society with Muir Members and Guests take the stage on July 12th.  The Muir String Quartet is acknowledged as one of the world’s most powerful and insightful ensembles, with a long list of accolades and awards including a Grammy, two Grand Prix du Disques, and the Gramophone Award.

The Muir Quartet has been in residence at Boston University’s College of Fine Arts since 1983, and gives annual summer workshops at the Boston University Tanglewood Institute (BUTI). The Muir Quartet has also given master classes at schools worldwide, including the Eastman School of Music, the Curtis Institute, Oberlin Conservatory, the Shepherd School of Music at Rice University, and all of the major conservatories in China. From 1989-2015, the Muir presented the Emerging Quartets and Composers Program in Utah with eminent composer Joan Tower; they continue to perform regularly for Rhode Island College’s President’s Fine Arts Series, the Montana Chamber Music Society, and at benefit events for Classics for Kids Foundation. 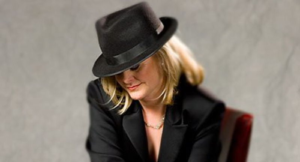 While pianist-conductor-composer Pam Drews Phillips can and has played it all – classical, Broadway, new age, pop – it’s as a jazz performer that she particularly shines. From New York City to her adopted hometown of Jackson Hole, Wyoming, she makes fans and friends with her impeccable taste, towering technique, and an eclecticism born of a genuine love of song.

As a conductor and keyboardist, Pam conducted and performed in many Broadway shows and on cast and concert recordings as well as film work. She’s performed with the American Symphony, New York City Ballet Orchestra, American Ballet Theater, American Theater Orchestra and Grand Teton Music Festival. Highlights of her jazz career include working with The Glenn Miller Orchestra, Nelson Riddle Orchestra, Lainie Kazan, Betty Buckley, and the Manhattan Rhythm Kings.

Discover more about this amazing musician on her website.

Since their founding in 1992 by the Great Falls Symphony, the Chinook Winds have followed their mission to bring the highest quality chamber music to a wide variety of audiences in the Northwest.

In all performances the Chinook Winds seek to make a real connection with audiences. The quintet accomplishes this by programming a broad range of repertoire that reflect the diverse tastes and backgrounds of their listeners, while also broadening their musical horizons with works that are new, sometimes challenging, but always relevant. Whether the group is playing an overture to a Rossini opera, exploring the textures and colors of Ravel, or bringing down the house with Queen’s Bohemian Rhapsody, the Chinook Winds deliver their art with an energy and precision that that astounds the ear and a sincere and joyous enthusiasm that captures the heart.

Chinook Winds performers include Norman Gonzales on Flute, Paul Chinen on Oboe, Cameron Winrow on Clarinet, Dorian Antipa on Bassoon and Madeline Folkerts on Horn. You’ll find more on this talented group at their website here. 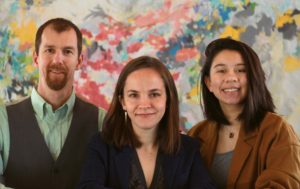 The Charlotte Dike Trio features pianist, Charlotte Dike, bassist and multi-instrumentalist Luke Michelson and Emma Hopkins on drums. Their genre-bending performance will explore the intersections of music traditions across centuries and continents, and includes arrangements of works by Bach and Chopin, favorites from the American songbook, and more.

Charlotte draws on her unique background in formal classical training, broad stylistic cultivation, and improvisational prowess to enhance and invigorate her music. Classically trained an early age, she spent her early teenage years studying at Academy of Music Northwest and entered the University of Washington at age fourteen to attain a Bachelor of Music degree in Piano Performance under Craig Sheppard. While earning a Masters degree in Piano Performance at the University of British Columbia, Charlotte studied under scholarship with renowned Canadian pianist Jane Coop. Today, Charlotte is a freelance musician performing with chamber music ensembles, jazz combos and big bands, cover bands, choirs, music theatre, ballet, tap dance, and sketch comedy.

Formerly from Seattle, Charlotte now lives in Helena with her family, serving as Music Director at Plymouth Congregational Church, accompanies several local choirs, and remains faculty accompanist for the Japan Seattle Suzuki Institute. Learn more about this accomplished pianist at her website.

The son of a choir teacher, Luke grew up immersed in music and studied Suzuki violin at an early age. As his interest in popular music and improvisation grew, he started learning bass, and further honed his skills while studying music at the University of Montana. Today, he is part of an array of musical ventures including rock, jazz, and popular music projects.

Emma is an active drummer and percussionist in many different ensembles including the Capital High Jazz Band, Concert Band, and several small jazz combos. She’s performed with the Capital High Jazz Choir and the Helena Youth Orchestra. Her recent appearances include a performance on local television with saxophonist Wilbur Rehmann and accompanying the pit orchestra for a production of the Music Man. Her teachers include Mike Carrell, Chris Navinski, Dwayne Zehr, and Jason Callon.