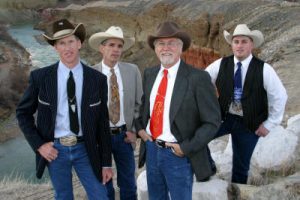 The Festival begins on June 30th with the always entertaining, Wylie and The Wild West. Wylie Gustafson is a native Montanan singer/songwriter with 20 albums and 4 decades of performing, writing, and recording under his belt.

For over the last 30 years, he and his band, The Wild West, have performed their refreshing blend of cowboy, western swing, old school country, and yodeling music worldwide. Stateside, they have performed at such prestigious venues as the National Folk Festival, MerleFest, the Bumbershoot Festival, The Stagecoach Festival, A Prairie Home Companion, The Conan O’Brien Show and the Grand Ole Opry (with over 50 guest appearances). Worldwide, their universal appeal has taken them to China, Russia, Australia, Europe, South America, and Japan.

When asked to define his music, Wylie says, “We are a good-time cowboy band that hates to be boring!” The band members, guitarist Clayton Parsons, drummer Tim Lashley, and bassist Johnny Pope, are all virtuoso players with winning personalities.

Music Festival veterans, The Montana Chamber Music Society with Muir Members and Guests will take the stage on July 14th.  The Muir String Quartet is acknowledged as one of the world’s most powerful and insightful ensembles, with a long list of accolades and awards including a Grammy, two Grand Prix du Disques, and the Gramophone Award.  This year’s performance includes the premier of an original composition commissioned by patron of St. Timothy’s and former Butte resident, Dianne Kimball.

The Muir Quartet has been in residence at Boston University’s College of Fine Arts since 1983, and gives annual summer workshops at the Boston University Tanglewood Institute (BUTI). The Muir Quartet has also given master classes at schools worldwide, including the Eastman School of Music, the Curtis Institute, Oberlin Conservatory, the Shepherd School of Music at Rice University, and all of the major conservatories in China. From 1989-2015, the Muir presented the Emerging Quartets and Composers Program in Utah with eminent composer Joan Tower; they continue to perform regularly for Rhode Island College’s President’s Fine Arts Series, the Montana Chamber Music Society, and at benefit events for Classics for Kids Foundation. 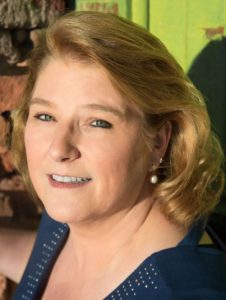 Concert pianist and singer, Karen Herrin returns to the St. Timothy’s stage with young guest artists, Marin Sewell and Nora Spring. A soloist with extensive training in multiple genres of music including Pop, Opera, Jazz, Folk, Gospel and Classical, Karen began her career at the London College of Music and Trinity College of London where she studied under Elizabeth Hawes, who also trained Sarah Brightman.

She holds Masters degrees in Education, Music and Vocal Performance. Karen regularly coaches her Powell County High School music students to state competitions while she competes on a national level.

Marin Sewell studied Vocal Performance at the University of Montana under Professor Anne Basinski. A Deer Lodge native, she enjoys singing selections from composers such as Ricky Ian Gordon, Richard Strauss, Wolfgang Amadeus Mozart, and Franz Schubert. Marin has competed in the UM Concerto/Aria competition (2018), earning a spot to compete in the Finals Recital, and the Student NATS Collegiate competition (2016), winning first place in the lower collegiate women’s division. She plans to attend graduate school for Sacred Choral Studies in the Midwest this fall.

A current student of Karen, Nora Spring is a senior at Powell County High School. She’s garnered several vocal achievements including two superior ratings at the Montana State Western High School Music Festival, and first and second place in the 2019 National Association of Teachers of Singing auditions competitions. Her goal is to earn a degree in music education. 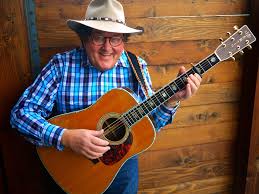 Born in Omaha, Jim attended a musical pre-school at age four, received his first guitar for his seventh birthday, and put a rock’n’roll band together when he was in the fourth grade. He also played piano and trombone through his school years.

He is one of the Jims in the Wild Jimbos, a project with Jimmy Ibbotson of The Nitty Gritty Dirt Band and Jim Ratts of Runaway Express.The Jims have played together off and on for the last 30 years and recorded two albums: Wild Jimbos on MCA Records and Wild Jimbos Two on Resounding Records.

Jim has gained a reputation for writing and singing songs about the outdoors and his home in the Colorado Rocky Mountains. For several years he traveled to England, France, Germany, Holland, Brazil, Argentina, Ireland and Scotland, as well as around the United States and Canada, as a spokesman for Ski USA. 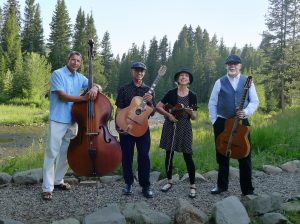 Because this type of jazz started mostly in France, it was called “manouche jazz” or “jazz manouche.” It zeroes in on the repertoire of famed Gypsy guitarist Django Reinhardt and French jazz violinist Stéphane Grappelli, who together formed the popular Hot Club of France in the ’30s.

These Montana purveyors of the genre know how to play it, too. Now a quartet, with Bozeman jazz bassist Mike Carey adding his great groove to the group’s swinging sound, Montana Manouche enjoys an increasingly active performing schedule, playing concerts, private events, and swing dances. They play a few original tunes, but their repertoire consists mainly of the compositions of Django Reinhardt and his American contemporaries. 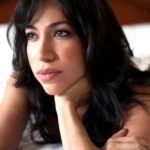 An acclaimed vocalist dedicated to jazz, Michelle Manzo Cobb puts her heart in everything she sings. She believes improvisation is not just a technique but a way of life. Originally from Miami, FL she moved to New York to further her music studies and began performing with Les Paul, Gene Bertoncini, Ray Santos and Victor Jones. Among the countless music endeavors she embraced there, she also dazzled audiences in the far East. She has performed in Japan, Thailand, Malaysia, Taiwan, Vietnam, and Cambodia. Now based in Bozeman, she looks forward to exploring all the music it has to offer.